If you’re following this season of Top Chef Masters, this is for you (if you’re not, feel free to skip to the food): SPOILER ALERT :: We’re so sad Chef Takashi was sent home! Justice was not served when such a talented chef was bounced while the Taco Bell chef stayed. Boo. That said, we’ve been surprised by the quiet sneak-up by chef Kerry Heffernan. He wasn’t originally on our radar, but he’s been rockin’ it lately. Case in point? His Quickfire winning dish of Parmesan-crusted beef filet with wilted greens (click here for original recipe). Can you go wrong with meat crusted in crispy cheese?!? Here’s how we made the recipe home cook-friendly to find out. 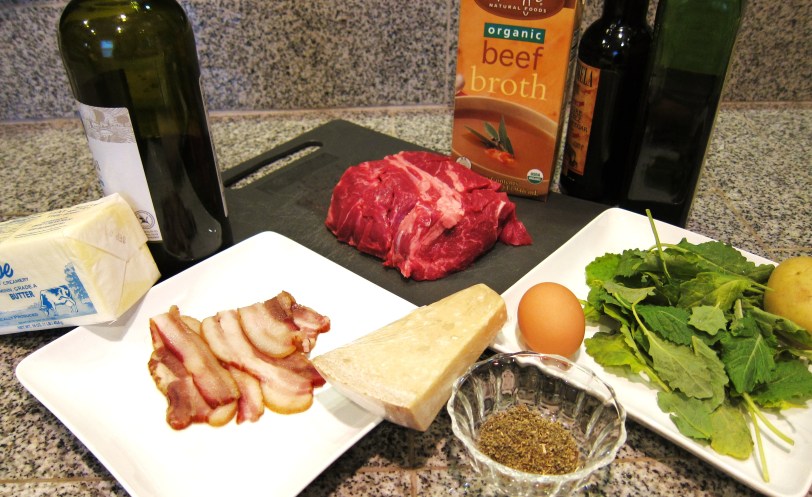 If you have one large beef filet, cut it into four pieces. Season the meat with salt and pepper. Dip one side only in flour, dip the floured side into the beaten egg then dip the same side into the Parmesan cheese. 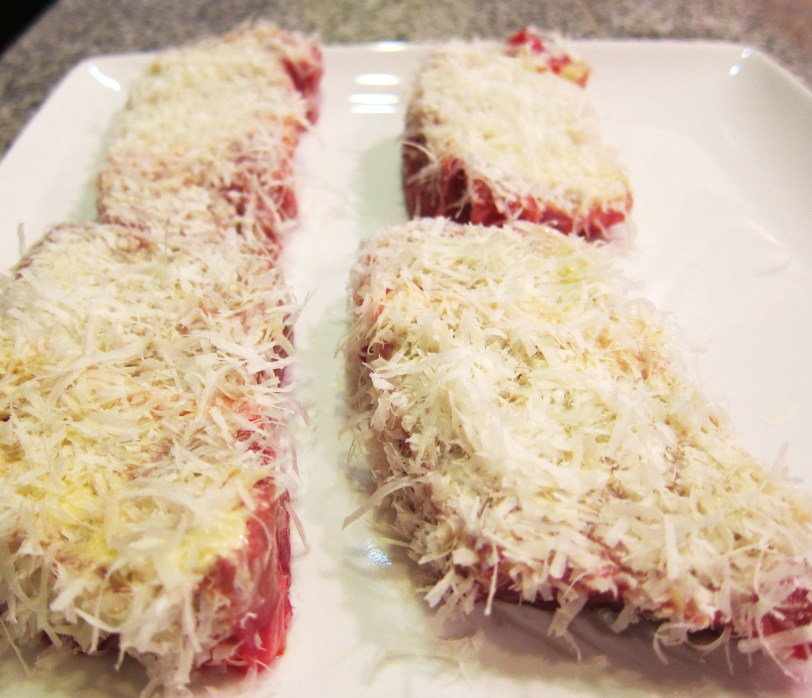 Heat the canola oil (or other high heat oil) in a large saute pan. When the oil is hot (medium heat so not to overcook), place the beef in, cheese side down. Cook until golden brown (about three to five minutes, depending on thickness of meat).

While cheese is browning, make the balsamic syrup. Place balsamic vinegar in a small saute pan and reduce until it thickens into a syrup. WATCH IT CLOSELY! It can overcook quickly and become sticky, gummy balsamic “candy” (not good candy). 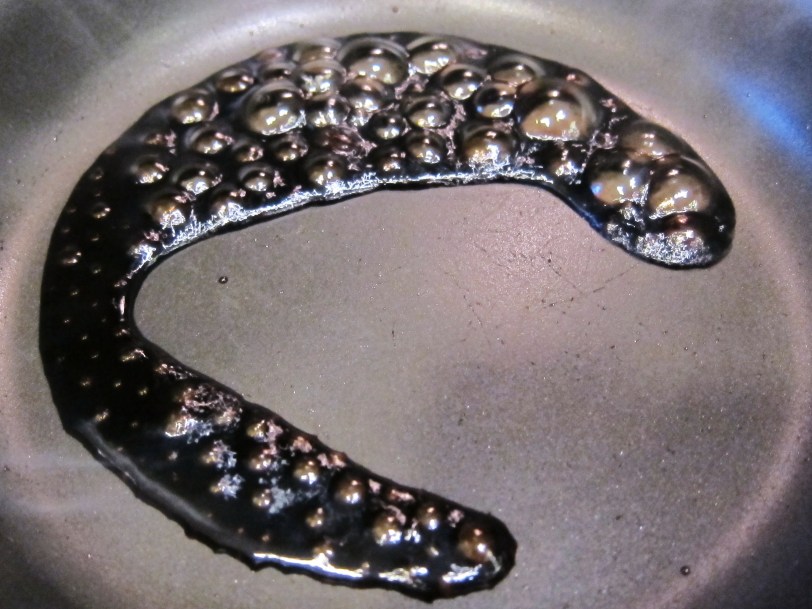 Flip the meat over to the non-crusted side and cook for two to three additional minutes.

Turn the heat back on the wilted greens, add the red wine vinegar and stir. Add the potatoes and bacon and toss together thoroughly. Melt butter in a small saucepan and when bubbling lightly, add the sage and stir.

To serve, place the wilted greens and potatoes on a plate, stack the Parmesan-crusted beef on top. Drizzle the balsamic syrup around the plate, drizzle the sage butter on top of the meat. 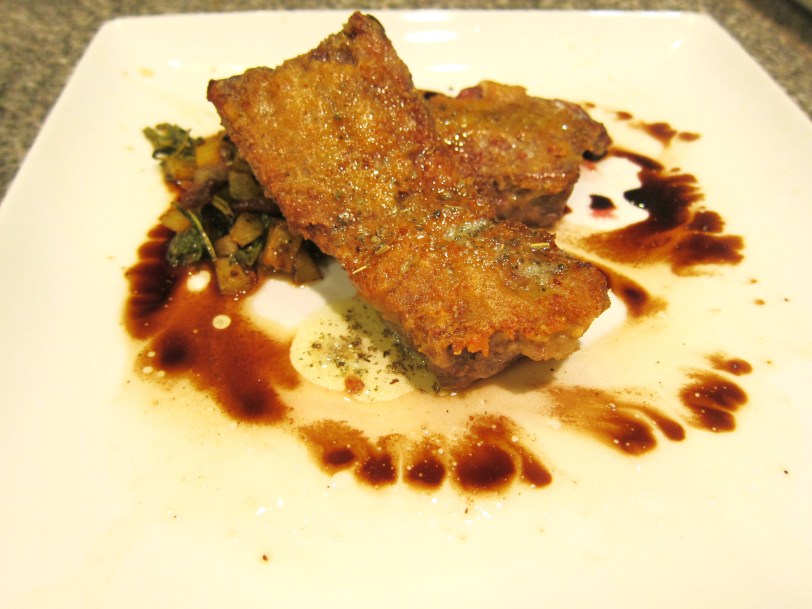 So, can you go wrong with meat covered in crispy cheese? No, no you cannot go wrong with this. The beef was perfectly cooked and the crust unctuous, salty and crunchy. The sweet, herby butter was nicely rich and the balsamic syrup cut through all the decadence. The greens were bitter, but it was offset by the deep saltiness of the bacon and the tart vinegar. Lovely. Note: We reduced the beef stock and also drizzled that on the plate, but it turned out to be completely unnecessary.

Would we make this again? Yes. In fact, we have decided to crust all future beef filets in cheese because we enjoyed this so much.

Soundtrack: Everything from Flight of the Conchords to Journey.