Well, another season of Top Chef Masters has passed and we think the judges made the right decision with chef Chris Cosentino. His winning dishes truly reflected his style — offal all the way. Which meant we were unlikely to make them into our dinner. K is all about the offal. I’ll taste just about anything, but I’m not too keen on making an entire meal out of heart and liver — too much for me. So we decided to go with a runner-up dish that looked delicious: Red wine-braised short ribs with potato fennel gratin (original recipe here) from chef Kerry Heffernan. And so much for cooking together! This is a make-ahead dish all the way. Here’s how to do it up for your own dinner.

The night before your dinner, marinate your short ribs. 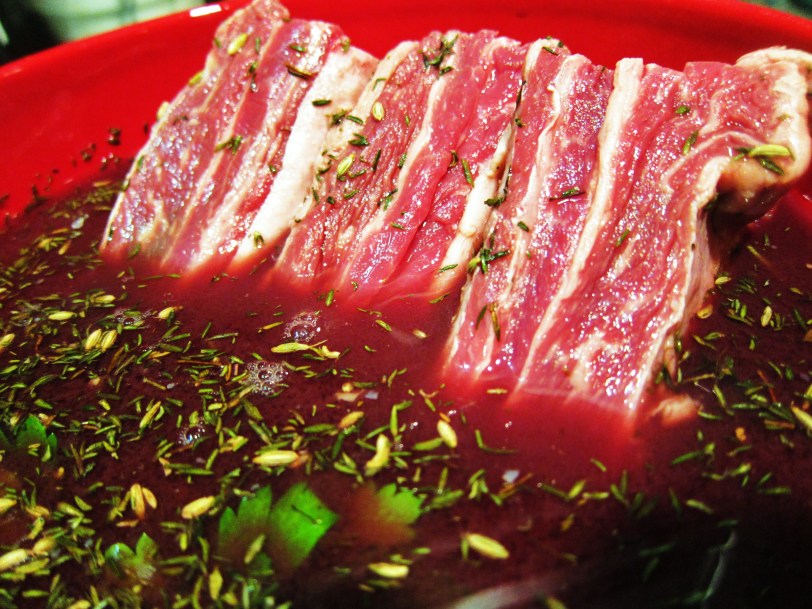 Mix all ingredients together in a large bowl and marinate short ribs, covered, overnight.

The next day, your short ribs will have absorbed lots of wonderful flavor and will look like this: 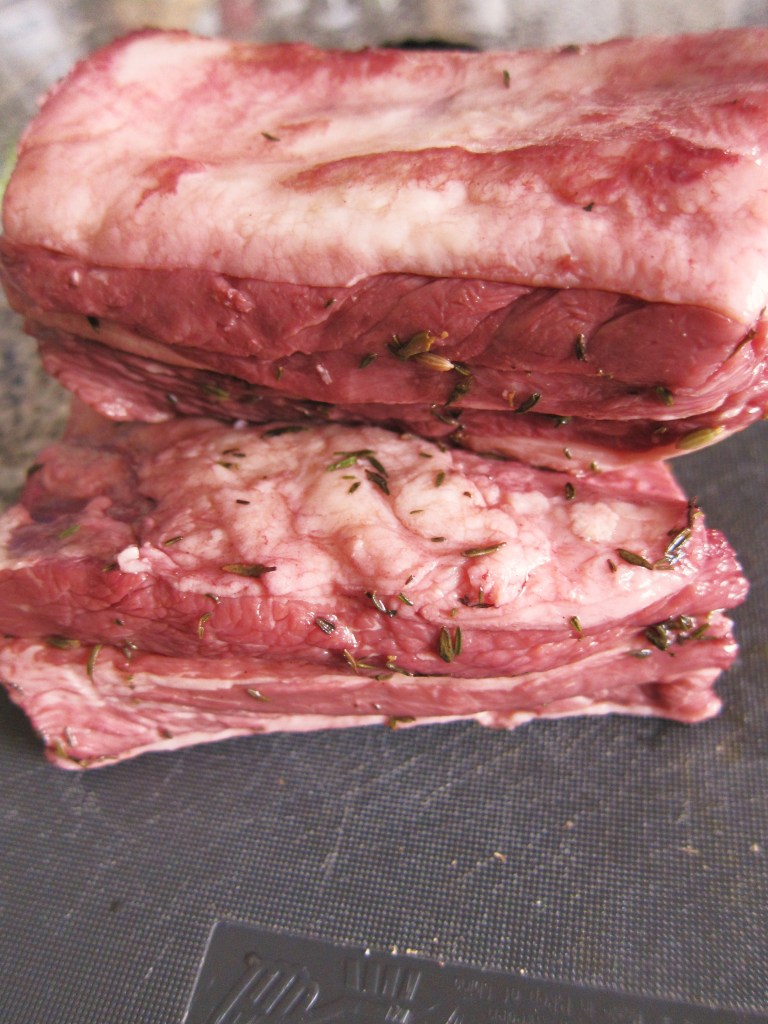 Heat oil in a large pan. Saute carrots and celery until softened and browned. Add to crock pot (aka slow cooker). 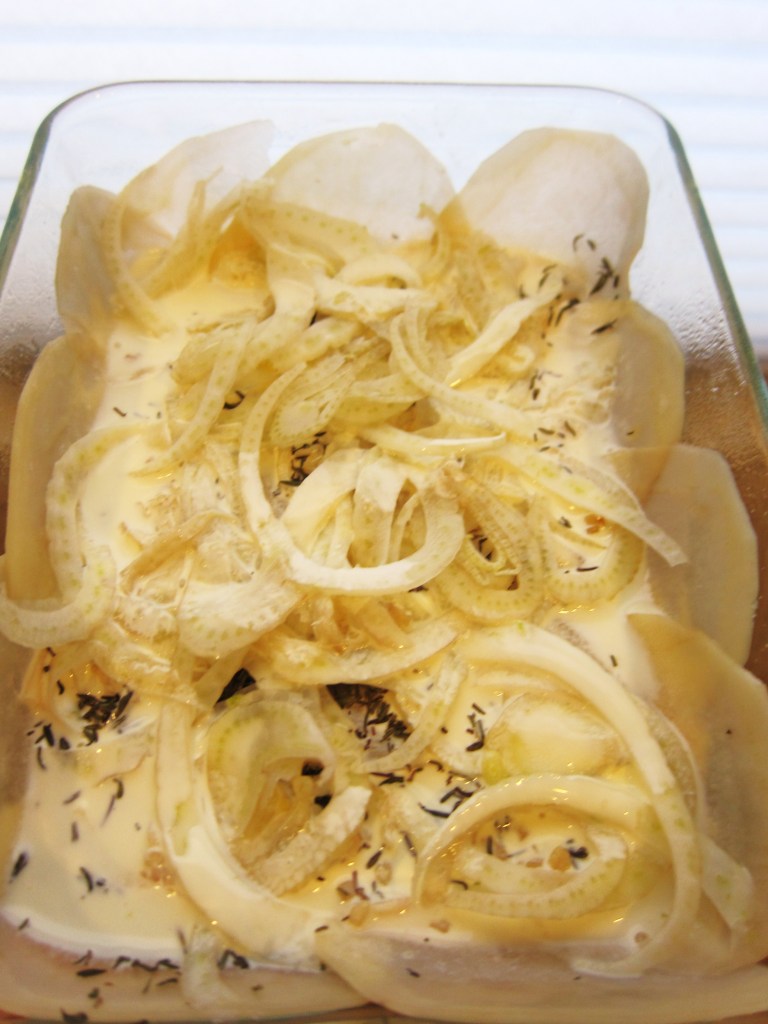 Heat oven to 350 degrees F. Cook gratin, uncovered, for 35-40 minutes or until top is browned and crispy.

When ready to serve, remove short ribs from slow cooker (crock pot), add to plate and sprinkle with chopped herbs (optional). Cut gratin into squares, salt to taste and serve.

The verdict? This was good, not great. The short ribs had a nice, mellow wine flavor and were fall apart tender. But the gratin was underwhelming. The fennel was too subtle and the cream was pretty blah — not worth the calories. We both agreed that if we’re to make gratin again, we’d do a creamy cheese sauce instead of just straight cream.

Would we make this again? We’ve braised short ribs before and we’ll certainly do it again. Red wine is a great and flavorful braising liquid and the crock pot (slow cooker) is a fantastic vehicle for this. But when it comes to gratin, we’ll go the cheesy route in the future and/or just do straight fennel.

Cheers to another successful season of Top Chef Masters! Stay tuned for some new and exciting cooking adventures!